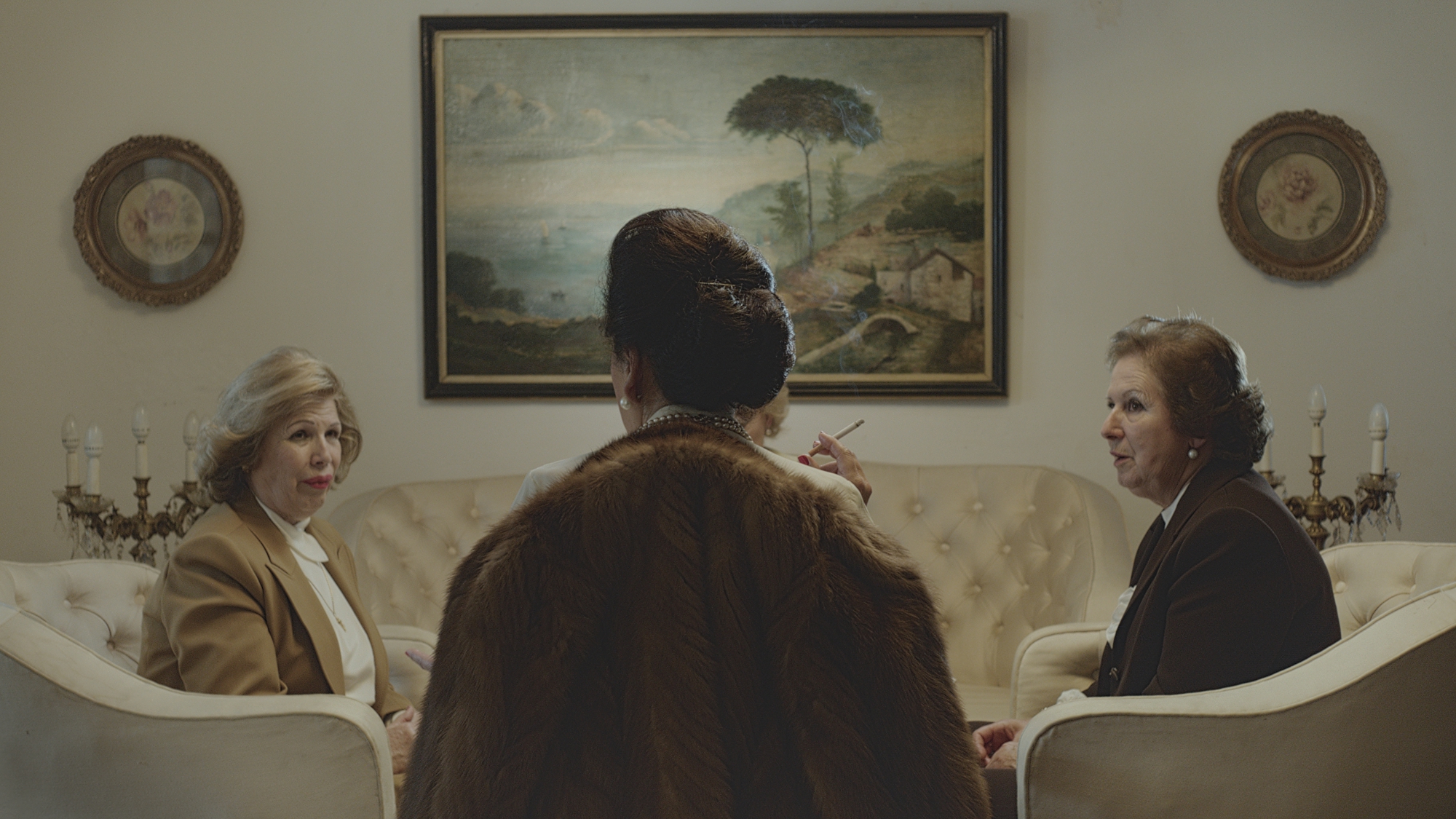 "There´ll be a flash in the village, a really mighty, mighty one and everything will change…", Isa uses a cassette recorder to record messages to herself for when she disappears or loses her memory.
Cita feels trapped in a marriage in a house full of saints and virgins. María returns to the town where she was born to face her loneliness. The women of a small rural town, suspended in time and whipped by depopulation, live between the apathy of their daily day where nothing extraordinary happens and a deep desire for liberating experiences that makes them rediscover the place where they believe they were happy or dreamed of being happy.

"Destello bravío, as its name suggests, dazzles with its blinding talent and bears down on us with savage energy. " –
Jordi Costa

"Weird, fascinating, mysterious film, DESTELLO BRAVÍO has elements from many other films but in reality it is not similar to anything else." – Micropsia Cine

"... a supremely confident and beautifully photographed portrait of a waning Spanish town—and particularly its aging female community—that looks like an Ulrich Seidl documentary, but is generally fictive and approaches the world variously with compassion, sly humor, doses of magical realism, and plenty of unexpected details." – Mubi

"A mighty flash of cinematic invention" – The disapproving Swede

"With her first feature, Ainhoa Rodriguez is one of the most interesting artists in contemporary Spanish cinema." – Magazine HD