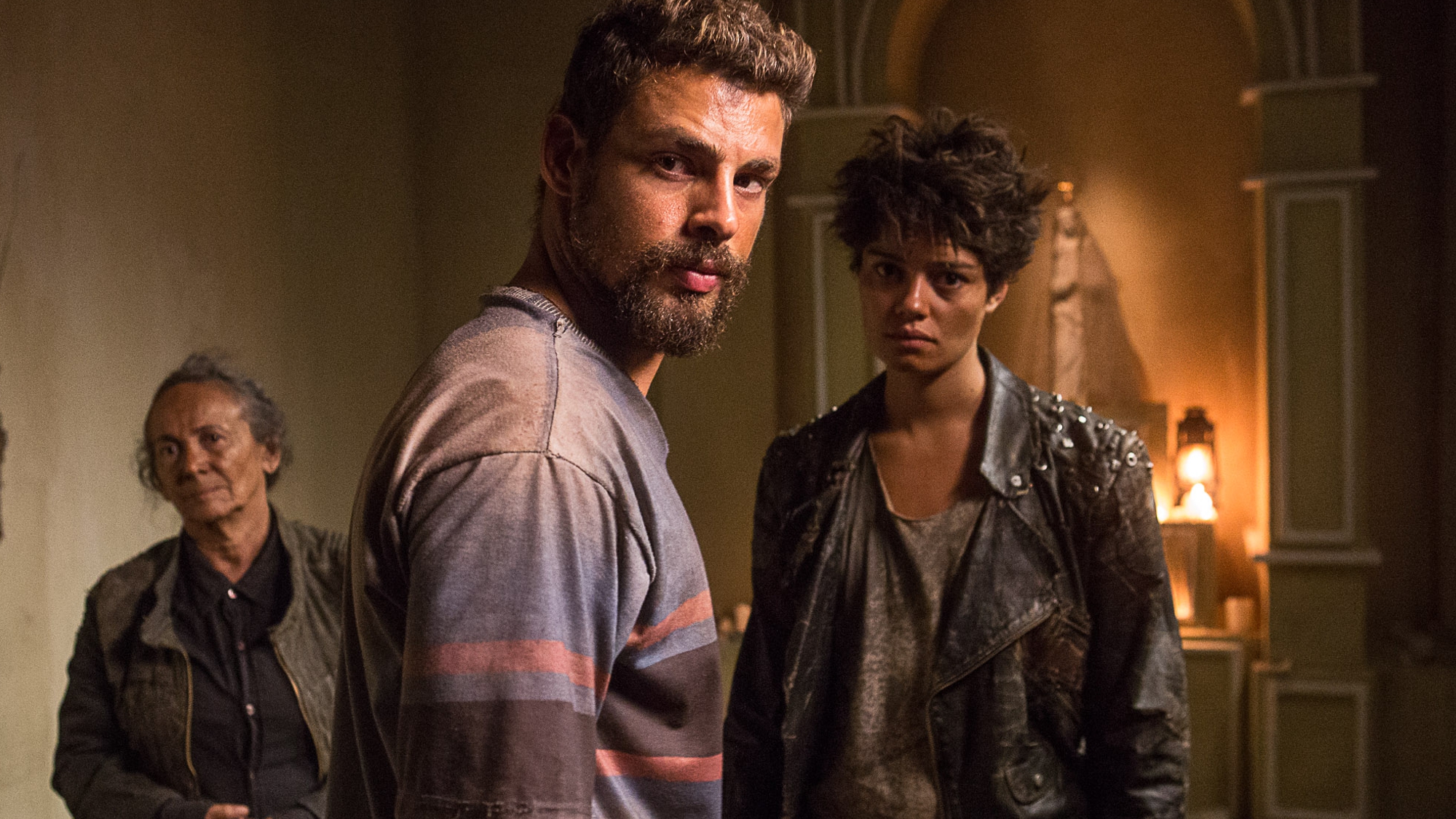 In the drought-devastated Brazilian backlands a band of outlaw bikers led by Pai Nosso, a religious fanatic, is in search of a miracle: the rain-bringing, Golden Saint. One of the bikers is called Ara, an orphan of the drought who was adopted by the gang when he was a child. Ara’s faith is shaken when the group steals the Golden Saint from a violent and powerful local landowner and Pai Nosso is killed. Ara becomes the gang’s leader and in his desperate attempts to make it rain he is faced with difficult choices in the name of his shaken faith. He is now a man who has lost his faith, in search of a miracle.