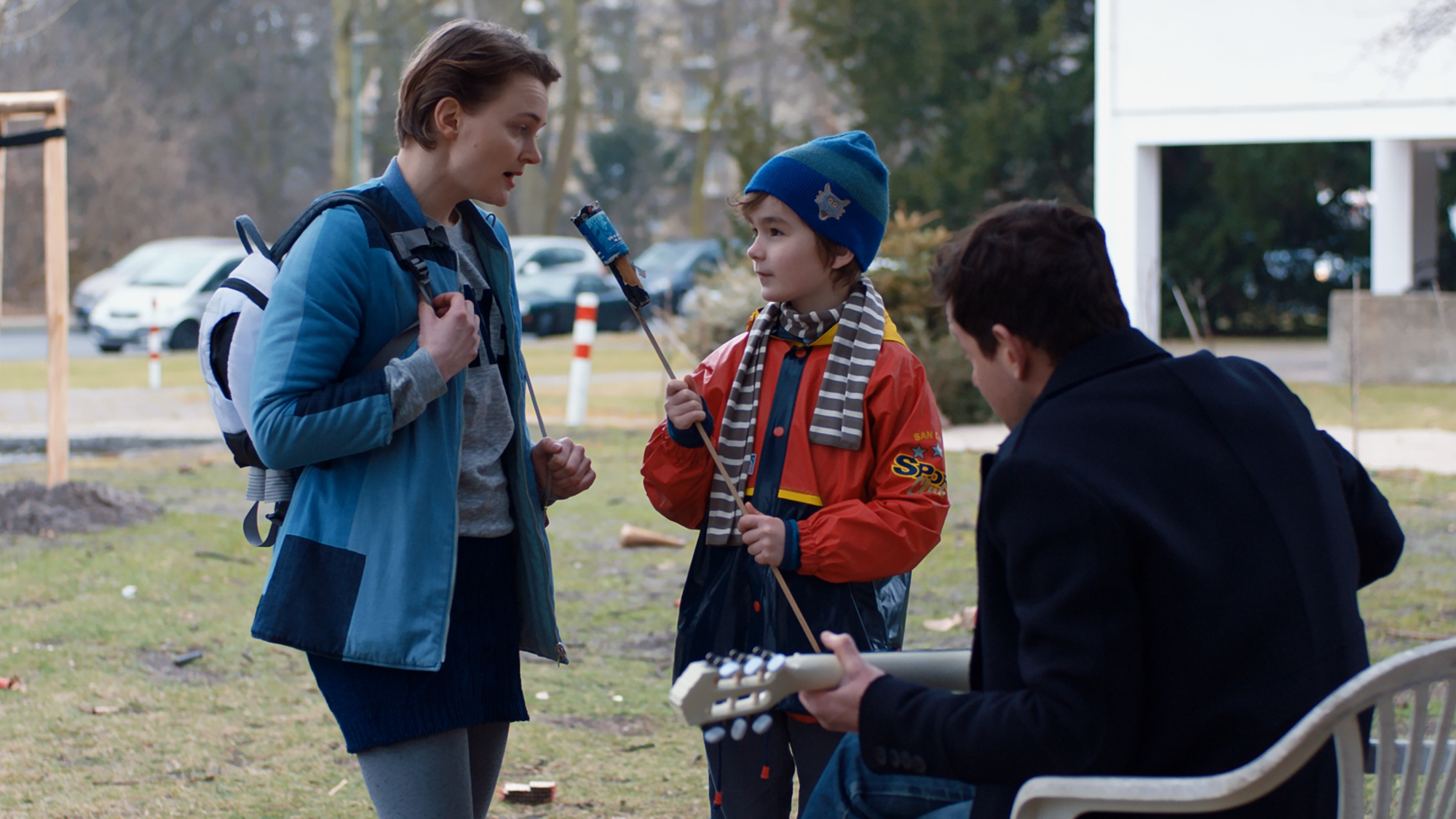 THE COMPONENTS OF LOVE by Miriam Bliese

When Sophie and Georg meet and start to fall in love, she is pregnant from her ex boyfriend who has left her. Georg naturally grows into the role of a father to the newborn child Jakob. The composed family has to deal with the usual issues of modern parenthood: Who is allowed to work, who takes care of the kid? How much freedom is possible, how much sacrifice must be made? And is there room for passion in the midst of all this? A few years later, Georg and Sophie are separated. Jakob is six years old and his parents are desperately fighting over his custody. Until Sophie’s new boyfriend starts to mediate between the parties.

In fragmented scenes which all take place in front of the same apartment building in Berlin, the film draws the elliptical portrait of a modern patchwork family. The characters share their sorrows and longings between walls, pillars and on parking lots. Home is no longer a safe haven, but a windy intermediate space. A laconic look at the everyday irrationalities of love.

“Blieses debut convinces by its great creative power, confident style and strong performances. Through those “Components” you find out more about love than in some so-called romantic movies.” – BERLINER MORGENPOST